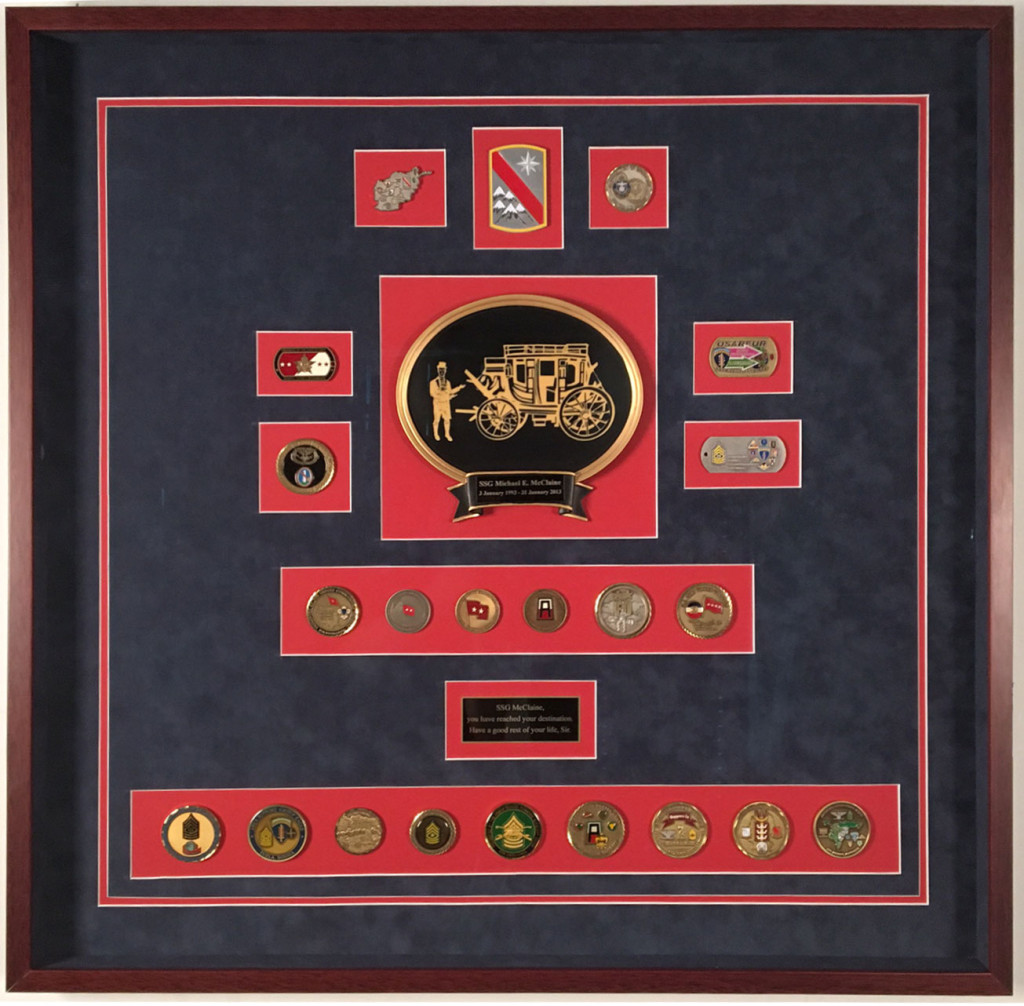 A retired SSG of the military came to us with the concept of, not only preserving his military memorabilia, but also giving them purpose. Many people in the military receive these coins from majors, sergeants, or other high-ranking officers. They are made from bullets used on target ranges for shooting practice. Each coin comes from a different location. In this case, we looked at coins from Colorado, Germany, and other international countries. This customer wanted us to create something special and lasting that he could be proud to show off. We had a custom trophy plaque engraved along with two other engraved plaques with his name, rank, and a small quote of humor describing his retirement. We also spent a good amount of time together planning the placement of every single coin. Aside from the coin placement, his only specifications were a blue top mat and a cherry wood frame. Everything else was left to us. We added a red bottom mat and cut openings for each group or individual coin out of the beautiful navy suede mat. This lighter red color would help the coins to stand out better on their own. If we had placed the coins directly on a solid blue mat, they would have been competing for attention. The coins and plaques are three dimensional, which would require a shadowbox, so that the items would not press against the glass. A shadowbox entails boxing in the sides so that everything sits back off of the glass. We cut one-inch strips of the navy suede mat and covered the sides up with that. It gives it a great look while keeping everything concomitant. Finally, an open v-groove was used to tie all of the various openings together, creating one cohesive look.